There once was a man who wanted everything and thought he should have it. And why not, as he was otherwise superior in every way. He was smart, wealthy, ambitious, witty, handsome and, most importantly, the best dressed man about town.

And yet, there were frustrations. He could not quite close the deal with the woman he desired. Though he had grown rich, his business was mired in petty lawsuits. And while he knew the answers to his town’s troubles, no one would lend their ear, and his friends laughed at the idea of him running for office. Finally, his style and grace proved more of a nuisance than an asset. He drew tramps, old widows and lunatics like flies wherever he went, all ready to pour out their tales of woe to him. They proved to be absurdly grateful for whatever morsel of time, money or advice he gave them. Do I look like a psychiatrist?, he many times wanted to say.

He pondered his misfortune, and then, had an insight.  These poor folk must love me. Having so little beauty in their life, they are drawn to my natural and acquired charms. However, regular folk were more demanding. “I must make people love me … at least the right ones that is.”

He visited the local witch to tell her his problem and eagerness to pay for a solution. She listened and looked at him. “Hmm, I think this is beyond even my powers. But the cards may provide an answer. I will draw three.” She rummaged about and pulled a battered deck onto the table.   “Are you ready?”

She shuffled and dealt three cards on the table between them. She flipped over the first.

“First, you must seek the magician. He will set you on the way.”

“Where can I find him?” asked the man.

“He is making his camp on the mountain outside town these days,” she replied.

She flipped over the next card. 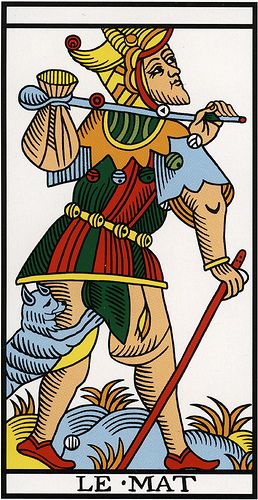 “Ah, the fool. Let me consider this one a moment,” the witch murmured.

But his mind raced head. Its those stupid tramps again. I won’t be seeing them any more.

“No need! I have my answer.” He scattered some coins on her table and left before she could say another word.

He mounted his horse and raced out of town. The mountain was easy to find, and its summit dominated the view from town. He led his horse up the trail, which proved to be an easier climb than he expected.

Before too long he came to a camp site. A big tent was pitched next to a wagon, and he saw a light through the opening. He ducked his head and went in.

Inside he found a youth reclining by a fire, smoking a pipe and looking at nothing in particular. The young man was not dressed so fine as he hoped, but beggars can’t be choosers. The youth sat up and put the pipe away, and gestured to a cushion next to him.

The man sat. “Are you the magician?”

“The witch sent me to you. I want everything, and I think love is the answer.”

The magician looked into the fire as he spoke. “You do?  I have a potion for that. Shall I make one for you?”

“Please, it would solve all my troubles.”

The magician stood and set to work. He took a crystal flask off a shelf and put it on his workbench. He took a bottle from one of his many trunks and pulled the cork with some effort. He poured a red liquid into the flask.

“Is that the magic potion?” the man asked.

“This?” the magician chuckled, holding the bottle. “It is merely wine. We need a body of liquid to hold the magic. Take a whiff if you don’t believe me.”

He held the bottle to the man, who sniffed it. “It does have a fruity bouquet.”

“Indeed,” the magician nodded.  He put the bottle away and rummaged about in  another trunk. He pulled out a small bag and loosened its drawstring. He tapped some dust onto his hand from the bag.

The magician looked at the man. He dropped his eyes to his hands, muttered an incantation over the dust, and poured it into the flask. He closed his hand over the flask, and gently rocked it for a few seconds. The wine sloshed about inside, and was still. The magician held out the flask to the man.

The man who wanted everything reached out, but then drew back his arm.

“You think I might poison you, and steal your horse and money?”

The magician took a sip, and opened his mouth to show the wine within. He swallowed. “I have already taken the potion.”

He looked at him. I don’t feel any love for the magician. But maybe its like a medicine, and it takes time to work.

He sighed, took the flask, and drank. The potion tasted very ordinary, and he did not feel any different when it was gone.

The magician smiled, “Now go forth, and be loved.”

The man rode back down the mountain to town. It was dark, and he went to his house and slept. He woke the next day, and went about his business, which proved, in many ways, to be his last.  He met with those who had sued him, and agreed to settle immediately. The terms of the settlement would require him to sell his business, but he went to the courthouse that morning and signed the documents. Next, he realized that the girl he loved was much better suited for another, and arranged an introduction over lunch to her future husband. He then tracked down all the tramps, lunatics and old widows, and spent his whole afternoon and evening talking with them and offering advice. He was exhausted after this, and went to bed right away when he got home.

The next day, he contemplated the many challenges his community faced. He knew the answers and wrote down the best proposals for solving them. He visited the mayor, who had always and rightly suspected him of wanting his job. The man promised to endorse the mayor in the next election, and left his proposals for the mayor to study. Feeling very tired, he went home went to sleep without even taking a shower.

The next morning the man wandered about town, letting himself be seen. He visited friends and relatives, and waited for the magic to take effect. He could always start a new business, and there were many other women in the world. But it proved to be rather dull day, and he went home to his lonely bed. He did not sleep well that night, and woke feeling tired. This proved to be the beginning of many sleepless nights, and the fatigue took a toll on his looks.

Over the next few days he found himself spending more time with the various vagabonds and other unfortunates. But even they proved resistant to his magic and grew weary of him. The old widows found new boyfriends so they would not have to talk with him.  The tramps got jobs so they would be too busy to see him. The lunatics got better, or at least pretended they weren’t crazy anymore. A few even complained to the police about him, and he was pulled aside and warned to not accost people in public.

He pondered this for a while and had an insight.  The magician deceived me, the man thought. While he enjoyed helping others, no one had loved him in return. He rode back up the mountain and found the camp site. The tent was dark now, but he went inside anyway.

“Magician, I want my money back!”

A voice spoke from the darkness. “Didn’t my potion work?”

The man continued. “It did not. Nobody loves me.”

The voice responded. It was closer now, but he could still not see him. “You said you wanted a love potion. I gave you one. And you loved. I think I held up my side of the bargain.”

“This is no way to deal with a customer! Start a light so I can see you.”

“You see me very well, better now than before,” the magician calmly replied. “And I can see you better too.”

The man grew angry, and reached out to lay hold of the magician. He stumbled about in the darkness, but the magician always danced out of reach. Finally, he collapsed to the ground in frustration.

“I have to leave now,” the magician spoke once again from the darkness. “I am going on a long journey to another land where I make my home. I know this isn’t what you expected, and perhaps you misunderstood me the first time we spoke. However, I do promise you that if you follow the road out of town and come to my home, you will be loved by everyone there, more fully and completely than you ever contemplated. You will have everything you ever wanted, and many things you never even thought of.”

The man tried to stand, but fell into a deep sleep. When he woke, the magician was gone. He drove the wagon back into town, the tent and the magician’s things packed away in the back. When he got home, he found he had been robbed of nearly all his possessions. All his finest clothes were gone, and only a few mismatched shirts, pants and shoes were left.

He dressed as best he could, left his house, and made ready to leave town on the wagon.

“Young man, young man!” he heard a voice shouting. He turned, and saw the witch running towards him.

She came up to him and squinted, “You look different.” She looked him up down, noting his mismatched attire.

“Yes, there have been some changes in my life. I am going on a trip now, and probably won’t see you again.”

“Well, I have been looking for you these past few days. You never saw the third card, and I wanted to warn you before you set off to see the magician.” And she held it up for him to see:

“Indeed it is,” the man replied. He mounted the wagon, and with a cheery wave and smile for the witch, set off down the road.