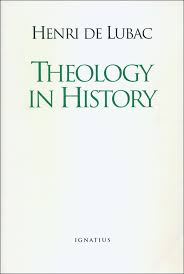 (This is more a note to myself, connecting some dots as I work my way through Péguy.)

One of Charles Péguy’s famous quotes is: “Everything begins in mysticism and ends in politics.”

This was something he learned from the Dreyfus Affair, a political controversy that tore France apart for about a decade.  While Péguy was on the right side of the conflict, he felt that the winners wasted their victory through an unjust and unworthy political power grab.

He made this observation years later in his book, Notre Jeunesse (translated as “Memories of Youth”).  Péguy reflected that great movements often spring from a mysterious, almost spiritual, yearning to set things right. However, because of original sin, whatever victories or progress we win harden into a rather ordinary political party, program or bureaucracy. Many idealistic young people who vote for a politician wind up being somewhat disappointed within a few years. The lesson is that it is beyond our ability to permanently “set things right”, and therefore we must be very fluid, very pliant to where the Holy Spirit wants to take us next. Don’t rest on any worldly laurels.

Cardinal Henri De Lubac responded to Péguy, I think, years later.  In the essay titled “A Christian Explanation for Our Times”, published in 1942 (and collected by Ignatius in  Theology in History), he described what follows the politics that had succeeded mysticism:

It is then that substitute faiths inevitably present themselves to fill this tragic void. Such is the fourth and final period of the process. Man is not satisfied by ideologies cut off from any source of real efficacy: the hour must come when he is disenchanted with them. He lives still less from criticism and negations. He does not live by laicism and neutrality. Inevitably something like a great call for air is produced in his inner void, which opens him to the invasion of new positive forces, whatever they might be. The latter conquer him all the more quickly, the more coarse and virulent they are. Cut off from a higher life, he gives in to the brutal pressures that, at least, give him the feeling of a life. Having abused criticism to make truth itself vanish, he now dislikes using it to protect his mirages.

A troubled credulity succeeds his faith. Rationalism has expelled mystery: myth takes its place. We know great examples of this.

Writing in 1942, De Lubac was referring to the mythology of Nazi Germany: its Aryan race doctrine, its occult pageantry, etc.  Mysticism had been expelled, but politics and reason were soon banished as well.

I find De Lubac’s observation to be an excellent lens through which to view subsequent history.  Reason and science were too dry for our taste buds, and we have embraced a host of myth “isms” as a substitute. They are not a religion in name, but are so in practice. Daedalus, Sisyphus and Tiresias stride the earth once more. And their progeny follow: a new Talos,  a new Chimera, etc.

And if you oppose them, you are an enemy of that myth.  You cannot beat these new mythologies purely with reason or politics. You must return to faith, and the tools of faith, to respond. The ancient world was laid to rest by Jesus, but the de-Christianization of the world has allowed it to return as a revenant.